I was searching on Elizabeth Warren today on Amazon.  Because she is awesome and I love her and want to read more of her.

So, I clicked on the link for her book “Two Income Trap: Why Middle-Class Parents are Going Broke” (http://www.amazon.com/The-Two-Income-Trap-Middle-Class-Parents/dp/0465090907/ref=sr_1_4?ie=UTF8&qid=1398875870&sr=8-4&keywords=elizabeth+warren), intending to add it to my wish list.  (Sometimes my amazon wish list fuels purchases.  More often, it builds my “look for at the local library” list).

Anyhoo, there was also an option to add this title to a “Wedding Registry” or a “Baby Registry.”  How gd depressing would it be to buy a book with this title for a baby or wedding shower?

Good luck to you guys!  Even if you both get great jobs chances are you’ll still be scraping by!  Hope this shindig didn’t set you back too much!!

The small one has an adorable “Junie B Jones” journal – JBJ is a series of books about a kindergartener and then first-grader who has lots of misadventures.    The books are a hoot.

Anywhoosie, there’s a part of the journal where the kid needs to capture things about their parents.

She asked my husband one of the questions: “Do you wish you had a different name than the one you have?”

He considered this, and then launched into an earnest reverie: that though he didn’t necessarily love his name, he had never really considered having another name or felt he had wanted another name, and that he had had his name for so long it was a bit difficult to imagine having any other name than his own.  And so forth.

There was a long pause, and she looked down at the blank line on the page.

I’ve decided it’s time to dump all of my self-help and life advice-type books.  I realized this morning that trying to apply principles to yourself about living that another person came up with is like expecting Cliff Notes about  “Great Expectations” to apply to “Bleak House” – every(one’s) story is different.

While driving alone the other day. “Mercy Street” by Peter Gabriel came on the radio. I recently learned it is about – perhaps for? – the poet Anne Sexton. I thought about how she had committed suicide and thought I remembered she had kids. How could you do that to your family, I wondered. Leave your kids with a scar like that, possibly one of them or your spouse or parent finding your body. It seems beyond imagining.

Then I thought about how it seems like an unusually large number of famous writers were drinkers or druggers or attempted life takers. Perhaps it’s not true that this is more frequent with writers; I haven’t read a whole lot of articles about famous city administrators or tailors or pet shop owners, so maybe they drink, drug and try to kill themselves just as much. But for the sake of argument, let’s assume it’s true that there is a penchant for these things in many serious writers. Why?

I decided perhaps it goes back to an old phrase I remember being taught in school – good, organzed writing stems from organized thinking.

Think about it – writing is the ultimate alchemy. You take an empty page and fill it with a world of your making. You bend sentences to your will and you can toss a character into a pit of despair with a few well chosen letters and symbols. You are the master, you have spent long hours putting your thoughts in order to thus make your pen sing. But then, what of this mess around you? The god-awful mess that is people, people with irritating habits and unpredictable ways, people whose illogical goals can run counter to yours. Maybe to try to quell the angst you turn to drink or drugs. But over time, these things affect your ability to organize your thinking and therefore your craft. And the chaos of real life crosses over and bleeds into your inner world, your ability to conjure. And that is a finality you cannot abide and you choose to go on your own terms, you choose The End rather than the prospect of struggling with that loss.

OK, so I never claimed to be the quickest.  I read “About a Boy” many years ago, and just the other day I had a couple of revelations about it:

First, he does a fantastic job of showing and not telling with his characters.  For instance, he doesn’t say the main character is clueless about kids.  He has him claim that his very young (made-up) son told him something eloquent like “Dad, I just want you to be happy.”  Like, at an age when kids are hardly forming sentence.  That’s good showing.

Second, I realized that as I read the book, I always assumed that the “Boy” of the title was the tween-aged boy who becomes attached to the main character.  But now I’m realizing – because we watch the main character grow, and come to grips with the fact that he must evolve and finally grow up – I think HE, the grown man, is the “Boy” of the title.

I’d like to thank the impatient readers in my town who jumped ship on the waiting list for Tina Fey’s book “Bossypants”.  Because I went from like 972 on the waitlist to….it’s waiting for me on their shelf!

In other news, my husband I and have been struggling to figure out which character I am from the various shows we watch (our regulars are New Tricks, Inspector Lewis, Psych, 30 Rock, Big Bang Theory, and IT Crowd).  We had already identified him as a combo of Wolowitz from Big Bang Theory and Gus from Psych (“enthusiastic random factoid thrown out at random, anyone?”)

But we were a bit stuck on who I am.  then we both realized, around the same time, that I am Liz Lemon.  For better and worse.  Her twisted, self- deprecating sense of humor, the glasses, the lack of fashion sense, the misadventures, the sometimes tragic lack of filter on what she blurts out, the getting mistaken for being 10-15 years younger, the fear of having to act like an adult.  It’s all there, people.  I embrace my inner lemon and will, er, make lemonade.

Have you come across the Awful Library Books blog yet?  It is fantastic.  I can’t remember who I found it through – a link from the CraftyPod or Craft Magazine rss feeds maybe?

Anyway, you must check it out. Not only are there superbly, well, awful books that the writers – who are librarians – find and post about, but also readers send in gems they find.  And the writers are really funny.

One of my favorite passages thus far is about “Loving More: The Polyfidelity Primer”:

As a librarian, I am certain there is a place for this material.  Open marriage, open relationships, polygamy or whatever people are calling it, is a legitimate collection need depending on your population.  Far be it from me to say what is right or wrong in terms of collection or lifestyle.  So, this might be something worth adding to the collection if you think it fits within your collection objectives.  Done and done.  However, I am a 51 year old married mother of two and I just have to crack up and make fun of books like this.  Mostly because it seems like a lot of work coordinating a bunch of people.  (Kind of like a reference desk schedule with people out sick or on vacation.) Personally, if there was an alternative lifestyle that I would embrace, it would be where people left me alone and I could choose my own television programs and actually hold the clicker. (This is where I yell FREEDOM!)  Right now I am a slave to lifestyle that include 2 cats, an overworked, underpaid husband, an underfunded, understaffed library and 2 college-age “leeches” (as my husband lovingly calls our children). I haven’t got time to take on a “sleep schedule” or invite other people to our marriage “party”.  Besides, they would just find it dull.  A big night for us is re-runs of Firefly or Star Trek while vacuuming up a ton of cat hair off the furniture. Ah, but I digress from our theoretical discussion of awful library books. – http://awfullibrarybooks.net/?p=11812 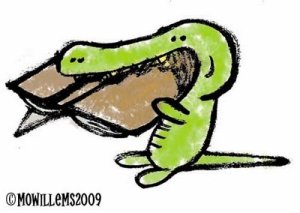 I took a long break from reading fiction.  Like, years long, pretty much.  Toward the tail end of finishing my M.Ed I couldn’t handle much reading beyond my texts, and then once I started teaching part time on top of my regular job, I just didn’t have any leftover processing left to read fiction, or much at all.  I did read some non-fiction – some on parenting, a few science and nature books, a couple on creativity – but reading some of them spanned 10 months or more!

I just finished teaching a class an am on hiatus for at least a bit.  And when this class ended I kind of went crazy and gorged, on fiction.  I read more in the last 3 weeks than I have probably in the last 2 years.  It’s kind of like getting drunk on words and images.  It’s kind of like making a lot of good friends quickly, like speed dating novelists, like stuffing fine cheeses down your gullet and skipping about looking for more. 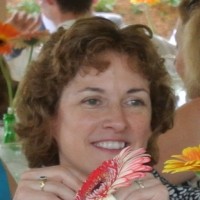 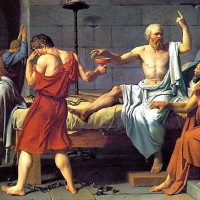 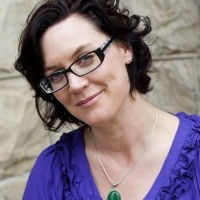 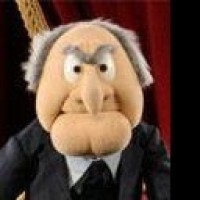 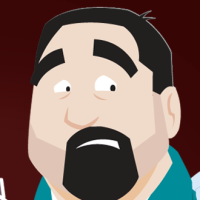 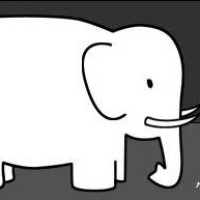 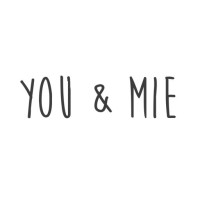 Reading a book a week

Reports from my somewhat unusual life